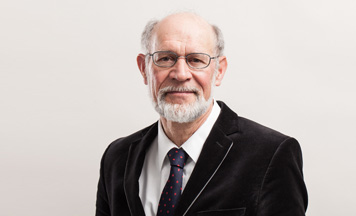 Hansjörg Kley studied Electronic Engineering at the University of Applied Sciences Burgdorf and afterwards Mathematics and Informatics at the Swiss Federal Institute of Technology (ETH) Zürich. After his studies, he started as an examiner at the Swiss Patent Office OFPI. Later, he joined Siemens Switzerland Ltd. where he held various functions in R&D as well as in Management. In 1998, he moved to the Intellectual Property Department of Siemens Switzerland Ltd. and qualified as European Patent Attorney in 2003. He handled both Patent and Trademark matters in the fields of telecommunication, railway technology, urban transportation and electronic ticketing for Siemens Companies in Europe and US as well as for third parties. In 2014, he retired from Siemens Switzerland Ltd. and now continues as a Patent Attorney in his private practice. In the recent years, there have been many contacts between Hansjörg Kley and MÜLLER • HOFFMANN & PARTNER in different matters concerning jurisprudence of the Board of Appeals of the EPO as well as with respect to the Institute of Professional Representatives before the European Patent Office (epi). In 2014, he started to cooperate with MÜLLER • HOFFMANN & PARTNER, especially with our Swiss partner Dr. Steffen Frischknecht Heller.

Hansjörg Kley is a member of the Swiss Industry Patent Attorney association VIPS. Furthermore, he is elected as a Council for the Institute of Professional Representatives before the European Patent Office (epi).

Hansjörg Kley is editor of "Kommentar zum EPÜ 2000" which is a well known reference book among the German speaking European Patent Attorneys and qualifying candidates. He lives in Switzerland and is an active alpinist.